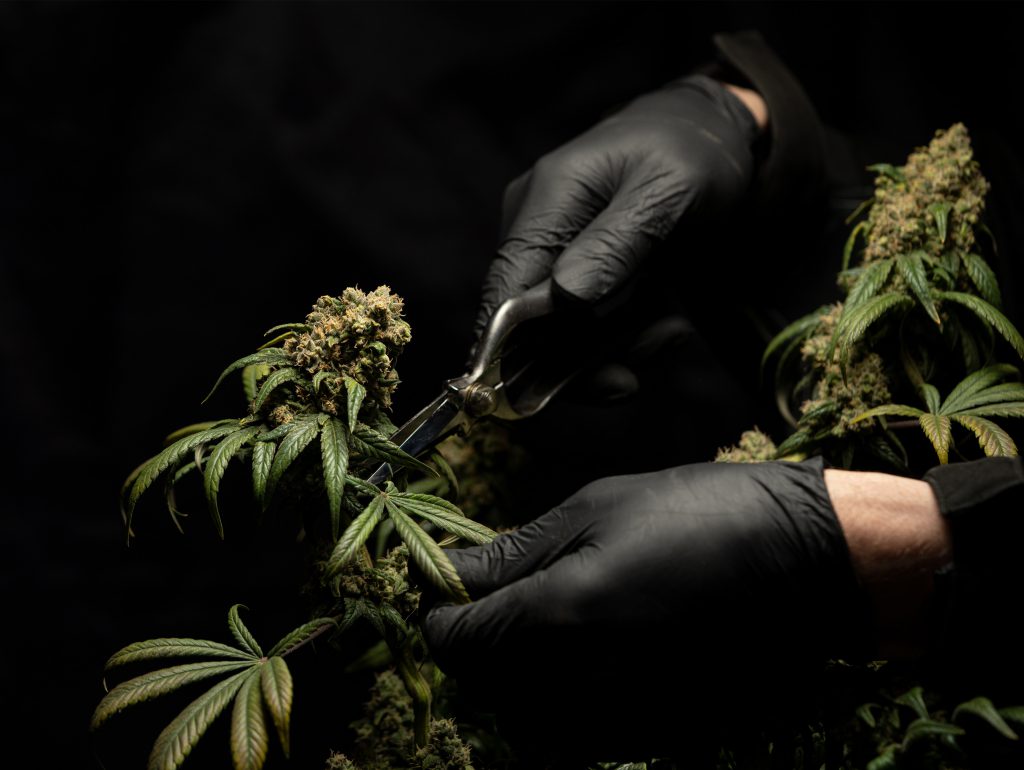 Parkinson’s Disease (PD) affects the nervous system, leading to a progressive tremor, stiffness, a slowing of movement and speech as well as other symptoms including insomnia, anxiety and depression.

There is no known cure for PD but early studies and numerous anecdotal patient reports suggest cannabis has therapeutic properties that could help treat a range of symptoms related to Parkinson’s from muscle tremors to insomnia.

Cannabis contains hundreds of chemical compounds called cannabinoids. Two of the most famous cannabinoids are tetrahydrocannabinol (THC) and cannabidiol (CBD). Although we are still learning a lot about how these hundred plus cannabinoids specifically work, we know that they bind to a network of receptors throughout our body, called the endocannabinoid system, that manage core functions such as mood, sleep, pain, appetite and muscle inflammation.

These receptors are found in exceptionally large quantities in a series of brain cells called the basal ganglia which is impacted by Parkinson’s. Because cannabinoids have anti-inflammatory and neuroprotective qualities, further studies are looking for conclusive evidence that cannabis could play a key part in treating symptoms caused by PD.

This article will outline how cannabis might help based on some of the best research studies that have been conducted so far.

What we’ll cover in this article

The first major symptom presented by Parkinson’s Disease is generally the presence of progressive asymmetric tremors, especially while at rest.

In a test of a variety of doses, researchers observed that CBD oil caused a vigorous suppression of tremors in mice without causing any signs of sedation or impairment. This suggests that CBD oil may be useful in the treatment of tremors caused by Parkinson’s disease.

Additionally, a study conducted by researchers at the University of Colorado suggests that cannabinoids may be useful for the treatment of tics caused by Parkinson’s Disease and other movement disorders, as well as providing neuroprotective effects for those suffering from Parkinson’s.

Cannabis based medicine to improve quality of life

Potential general quality of life improvements for people with Parkinson’s Disease have also been observed with the use of CBD oil.

One of these improvements includes the reduction of nightmares and active behaviours related to rapid eye movement (REM) sleep disorder in people with Parkinson’s.

Studies have shown promise for the use of CBD oil for Parkinson’s-related psychosis, due to the potential antipsychotic and neuroprotective properties of cannabidiol.

It was found that the use of CBD oil decreased symptoms of psychosis without affecting motor function or creating additional adverse effects.

Cannabinoid therapies have also shown potential to activate the brain’s CB(2) receptors in people with basal ganglia disorders like Parkinson’s disease and Huntington’s disease, showing promise for therapeutic and antioxidant uses in the treatment of symptoms related to these disorders.

The US based Parkinson’s Foundation partnered with Northwestern University and 40 ‘Centres Of Excellence’ containing expert Parkinson’s Disease physicians to gather their opinions on how cannabis could help the thousands of patients they have treated.

There was no universal agreement amongst the PD specialists around what the benefits of cannabis based medicine might be but they were asked to use their judgement and experience to predict whether cannabis would improve, worsen or have no effect on common PD symptoms. The graph below shows the results:

In the UK, cannabis based medicine containing THC would normally only be considered after front line medicines had failed to provide adequate symptom relief.

Specialist doctors would be looking for proof that conventional medicines such as ropinirole, rotigotine, selegiline had been tried before they could explore opportunities to use THC based medicine.

Currently restrictive guidelines would stop an NHS doctor from prescribing medicinal cannabis to patients with Parkison’s Disease. Only patients with rare and severe forms of epilepsy, nausea and vomiting caused by chemotherapy or spasticity caused by multiple sclerosis are eligible for NHS cannabis prescriptions at the time of writing.

Specialist doctors working with private cannabis clinics would have greater scope to treat Parkinson’s patients with cannabis based medicines if at least two conventional medicines had failed to work.

Please read this article to find out more: How to get medical cannabis in the UK for your condition?

CBD can be bought without a prescription but patients should inform their doctor before taking it to ensure there will not be any negative interactions with medicines they are already taking.

It’s important to talk to your doctor about how medicinal cannabis could work harmoniously with whatever other treatments you are already taking.

Patients should ensure that any CBD product that can be bought without a prescription comes from a reputable brand and has been lab-tested. Research shows that many high street CBD therapies do not contain the ingredient quantities advertised on the label.

Disclaimer: This article is intended for informational purposes only and does not constitute medical advice. Always consult a doctor or other qualified physician before seeking treatment for a medical condition.

We love hearing from people who believe in the power of cannabis. If you are a patient, a potential supplier or an investor please say hello!